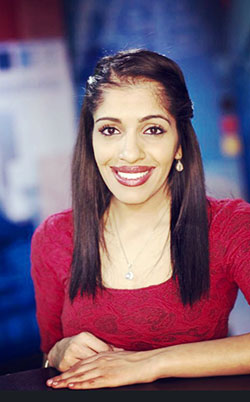 Ms. Dhillon has established herself as an individual of extraordinary ability and by virtue of her accomplishments, which are detailed below, has risen to the very top of her field of endeavor. Ms. Dhillon is a renowned multi-platform news reporter from Canada who has attained vast recognition for her work with major television news programs, including CBS2 New York, Bloomberg News, and CP24 Toronto’s most-watched specialty channel, as well as Canada’s top two news organizations, CTV News and CBC News. She also played a key role as a television, web and radio reporter for the CBC in Toronto, Vancouver, Winnipeg, Saskatoon and Regina. As a key reporter for the highly rated shows on these major news stations in Canada and the United States, Ms. Dhillon has established a name as a charismatic reporter with the energy, compassion, whit, and personality that can deliver stories and news coverage that resonates with the masses. It has been our Firm’s honor to work with and represent Ms. Dhillon.