Valentin Schmid has built an illustrious reputation over the past decade and has become recognized internationally as a leader in the business of financial analysis and journalism through his work deciphering and discussing global economic trends. Mr. Schmid is touted as the go-to authority on macroeconomic trends and financial markets, with a particular focus on China and Gold.

As a business editor for Epoch Times, he personally revitalized the publication by establishing its business brand and writing extraordinary articles discussing global economic issues affecting the citizens of the United States independently and removed from political, corporate, or academic bias. Mr. Schmid’s financial analysis via his writing at Epoch Times has become so influential that he is the most translated writer within the organization.

The firm previously handled his O-1 visa application filing. According to Mr. Schmid, “My O1 renewal was more difficult than the original application but Mr. Wildes and his team were there for me throughout the process with top notch legal advice and courtesy. In the end the firm again delivered the goods and I got my visa renewed despite a lot of bureaucratic hassle.” 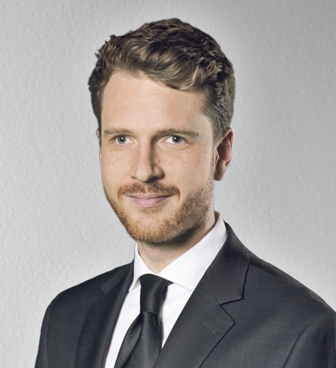 In addition to running a highly successful immigration law practice, and serving as the Mayor of Englewood, New Jersey,  Michael is also the author of  Safe Haven in America: Battles to Open the Golden Door, which draws on over a quarter of a century of his practice in the immigration field, is an Adjunct Professor at the Benjamin N. Cardozo School of Law in New York, and serves as Counsel to Lincoln Center and several international/corporate law firms. Moreover, Michael is internationally renowned for his successful representation of distinguished individuals and corporate clients such as performing artists, directors, writers, models, actors/actresses, athletes, race car drivers, fine artists, art dealers, curators, musicians, photographers, stylists, and literary agents. Some of the firm’s other distinguished clients include several Miss Universe winners as well as soccer icon Pele, Master Chef Jean-Georges and First Lady Melania Trump and her family.

To learn more about Wildes & Weinberg, please visit the firm’s website at www.wildeslaw.com  or contact Michael Wildes at michael@wildeslaw.com