Managing Partner Michael Wildes is proud to announce the approval of the petition filed to secure an extension of O-1 visa classification on behalf of Ariel Michaeli. Ariel is the CEO of Appfigures, the largest mobile app reporting platform in the world that serves hundreds of thousands of developers worldwide. 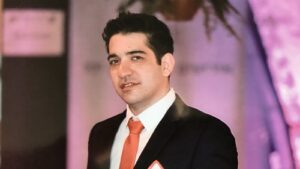 Mr. Ariel Michaeli has devoted his career to becoming one of the leading experts in app marketing and mobile market analysis and has led significant projects for Appfigures to become an industry leader. Moreover, he has served as a speaker and presenter at major industry conferences and has written industry reports that have been cited in the likes of The Washington Post, Fox News, Politico, Forbes, TechCrunch and others. We look forward to watching success continue in the United States!