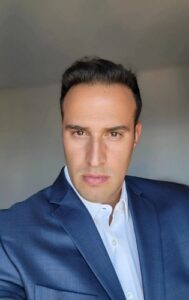 Shay Dadush is considered throughout the software development community and business technology world as a leading authority on how to custom software for a specific customer or commercial software to be sold to the general public. He is uniquely adept in the business facets of software development. This allows him to incorporate technological aspects into his marketing strategies, fully understand the needs of developers, and maximize each program’s marketing potential.

Wildes & Weinberg was founded in 1960 by Senior Partner, Leon Wildes.  Nearly three quarters of a century later, the firm continues to concentrate its practice in all aspects of U.S. immigration and nationality law, servicing the immigration requirements of prominent American and International firms, banks, industrial, financial, and manufacturing concerns, as well as law firms in connection with the personnel needs of their foreign national employees.  In addition, the firm has a distinguished clientele and has done substantial immigration work for performing artists, directors, writers, models, actors/actresses, athletes, fine artists, art dealers, curators, and literary agents. Most notable was Leon Wildes’ successful representation of former Beatle John Lennon and his artist wife, Yoko Ono in their deportation proceedings, the basis of which has inspired legislation, and has been portrayed in films, plays, and literary works worldwide.  Some of the firm’s other distinguished clients include scholar Rabbi Lord Jonathan Sacks (z”l), as well as soccer icon Pele, Master Chef Jean-Georges and Former First Lady Melania Trump and her family.