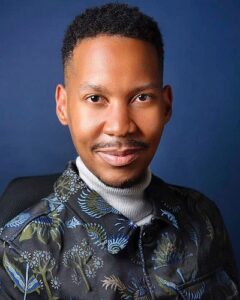 Mr. Ndopu was born in South Africa and at age 2 he was diagnosed with Type II Spinal Muscular Atrophy. He not only defied his medical prognosis that he wouldn’t live past the age of five—he also defied Namibian educational policy by becoming one of only a handful of disabled children in the entire country to be enrolled in the mainstream schooling system. In 2016, Mr. Ndopu won a scholarship to Oxford University, making him both the first African and first Black person with a disability to be admitted into the program. In 2019, Mr. Ndopu became part of the United Nations Secretary-General’s eminent group of Global Advocates for the UN’s 2030 Agenda for Sustainable Development, alongside international dignitaries. Mr. Ndopu has been honored and recognized for his work with The David Rockefeller Bridging Leadership Award and has been named among the 100 Most Influential Africans by New African magazine. Mr. Ndopu has been featured in major media many times for his distinguished appearances, presentations, and achievements. He has also authored articles for prestigious publications and organizations like TIME magazine, The Feminist Wire, Global Citizen and the World Economic Forum.  Notably, Mr. Ndopu recently signed a book deal to write his debut memoir, SIPPING DOM PERIGNON THROUGH A STRAW, due to be released in 2023.