Managing Partner Michael Wildes is pleased to announce that the firm has secured yet another O-1 visa petition approval on behalf of the renowned Hockey Reporter, Alyson Lozoff. 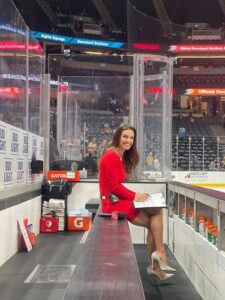 Aly Lozoff has been reporting for top sports networks and teams over the last decade, including for the last few years with the Anaheim Ducks, and previously with the Vegas Golden Knights. She has reached a very high level of achievement in her field, and we look forward to watching her successes continue!