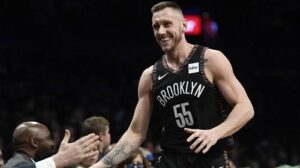 Originally from Australia, Mitch has played a high level of basketball over the course of his career, including in Australia’s National Basketball League (NBL) with the Adelaide 36ers for several seasons, helping them reach two grand finals and win a minor premiership. He also played in the NBA G League in the United States. We are wishing Mitch and the Guaynabo Mets the best this season!