Managing Partner Michael Wildes is pleased to announce that Wildes & Weinberg P.C. has secured O-1 visa classification on behalf of client Eran Zaracovitz, based on his extraordinary ability in the entertainment industry. 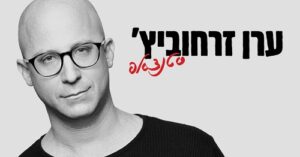 Eran Zaracovitz is an Israeli award-winning comedian, actor, writer, and radio host who has received significant recognition and achievements throughout Israel and Europe. Mr. Zaracovitz is known for his work in the popular award-winning television shows Eretz Nehederet (A Wonderful Country), Mesadurim and The Parliament, and is one of the most influential and respected figures in Israel. He has won multiple awards at the Israeli Television Academy Awards and was chosen to host the finale of the esteemed contest Eurovision Song Contest in 2019.  We wish him all the best on his upcoming U.S. performances!