Managing Partner Michael Wildes is proud to announce the approval of the petition filed on behalf Norman Choi. Mr. Choi has built an illustrious reputation as a business revitalization expert and has become recognized internationally as a leader in the automotive industry. 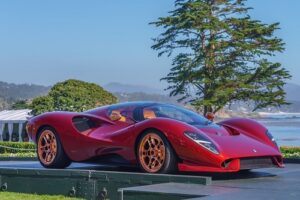 He has chosen to develop the revitalized De Tomaso brand in the U.S. Mr. Choi has been credited with the comeback of legendary companies Apollo and De Tomaso, among others.  Mr. Choi’s groundbreaking work has been profiled in major automotive publications including Robb Report, Automobile Magazine, Road and Track, The Drive, Top Gear, Car Buzz, Hypebeast, and Autoweek. Choi is widely regarding as a debt restructuring and branding genius, having masterminded and successfully closed some of the most significant mergers and acquisitions transactions in automotive history.

Michael Wildes, the firm’s Managing Partner, is also currently serving his fourth term as Mayor of Englewood, New Jersey,  is the author of Safe Haven in America: Battles to Open the Golden Door (which draws on over a quarter of a century of his practice in the immigration field),  is an Adjunct Professor at the Benjamin N. Cardozo School of Law in New York and serves as Counsel to Lincoln Center and several international/corporate law firms.