Managing Partner Michael Wildes is proud to announce the approval of the petition filed to secure O-1 classification for world renowned Streamer and Influencer, JustaMinx, who has become world renown as a Streamer, Influencer, and Content Creator. 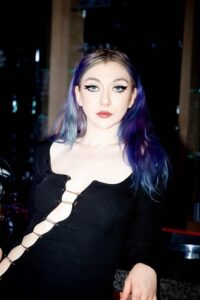 JustaMinx began her career in 2018,  and has since gained tremendous international acclaim as one of the most celebrated influencers to date. Her personality shined when she was asked to participate in the Twitch dating show Love or Host early on, and her personal channel and social following has since grown exponentially, as millions of viewers and followers from around the world flock to her personal profiles to engage with her daily. She has since established global credibility on Twitch, TikTok, Instagram, Twitter, and YouTube, gaining access to a huge audience and easily capable of persuading others to act solely based on her recommendations. Via her over 8 million followers across various platforms, JustaMinx has made a name for herself as one of the most powerful influencers to date, with a focus on being one of the top female streamers and content creators in the world.