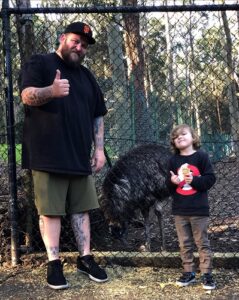 Harley Kirkwood is a talented tattoo artist from Australia who is widely recognized in his field. He is highly respected in the specialty area of Black & Gray Realism. As a result of his extraordinary artistic talent, Mr. Kirkwood has garnered significant media and press attention in publications such as Inked Magazine, BuzzFeed, and TattooDo.