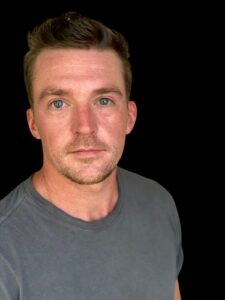 Harvey Tadman is an esteemed music manager and music executive who is considered among the ranks of top music figures. He has led the prestigious AYITA and helped manage the careers of some of the biggest musicians, including Nero, Chris Lake, Fisher as well as deadmau5 and Calvin Harris at Three Six Zero. Harvey serves on the board of blockchain music company, MODA DAO, pushing Web3 music forwards and establishing a more sustainable future for audio creators. His company AYITA recently got acquired by the iconic Shelter Music Group. His influence on the music world cannot be overstated, as he has led musicians of all genres to highly successful careers and universal fame. That Mr. Tadman has been a recognized figure in the music industry since the early 2000’s, combined with the facts that he has led artists to performances reaching thousands of viewers and that he released the best-selling debut albums, is undeniable evidence of his sustained acclaim and stature as an individual of extraordinary ability in the music industry.

Michael Wildes, the firm’s Managing Partner, is also currently serving his third term as Mayor of Englewood, New Jersey,  is the author of Safe Haven in America: Battles to Open the Golden Door (which draws on over a quarter of a century of his practice in the immigration field),  is an Adjunct Professor at the Benjamin N. Cardozo School of Law in New York, and serves as Counsel to Lincoln Center and several international/corporate law firms.