o-1 secured on behalf of music producer and songwriter

Managing Partner Michael Wildes is pleased to announce that Wildes & Weinberg P.C. has secured O-1 visa classification on behalf of client David Stewart, based on his extraordinary ability as a Music Producer and Songwriter. 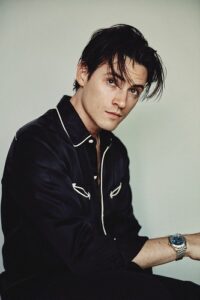 David Stewart is an incredible music producer and songwriter who has been behind some of today’s biggest viral hits, including BTS’s Dynamite, Monsta X’s You Problem, and the Jonas Brothers’ What A Man Gotta Do. Throughout his career, he has racked up two Grammy nominations and two BMI Awards and has broken Billboard and Guinness Book records with his music. Based on his work, he has been profiled by Rolling Stone Magazine, Billboard, GQ, and E! News. Mr. Stewart’s skills and talent are extraordinary. We can’t wait to hear more of his music and watch him continue to top charts as he continues his spectacular career here in the United States. Congratulations, David!