Managing Partner Michael Wildes is pleased to announce that Wildes & Weinberg P.C. has secured O-1 visa classification on behalf of client Monique Laloli, based on her extraordinary ability as a Photo Retoucher. 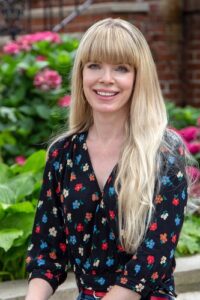 Monique Laloli is a distinguished photo retoucher who has worked with some of the nation’s biggest luxury real estate agencies, including Corcoran Group, Brown Harris Stevens, and Sotheby’s, through the distinguished MW Studio. Her work has been printed in major media publications, such as the Wall Street Journal, the New York Times, the LA Times, and House Beautiful. Her talent is heavily sought out in the industry, and she has lent her skills to some of the real estate industry’s most coveted multi million-dollar listings. Ms. Laloli is uniquely talented, and we are excited for her to continue to grace the industry with her extraordinary work, which is in high demand, here in the United States. Congratulations, Monique!