Managing Partner Michael Wildes is pleased to announce that Wildes & Weinberg P.C. has secured O-1 visa classification on behalf of client Giuseppe Mazzola, based on his extraordinary ability as a Chef. 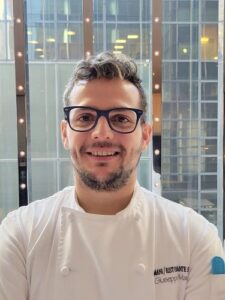 Giuseppe Mazzola is a distinguished chef who has worked in some of the most prestigious luxury restaurants throughout Europe and the United States. He has been instrumental to many of these fine dining establishments obtaining and maintaining some of the most coveted restaurant industry awards, such as Michelin stars and rave reviews. His culinary skills and creations have been enjoyed worldwide and his rich culinary background has received much acclaim from members of the industry. Giuseppe is a world-class chef, and we look forward to watching him continue to create and serve magnificent culinary experiences here in the United States. Giuseppe will be working as Executive Chef of the prestigious CORE: Club NYC. Congratulations, Giuseppe!