Managing Partner Michael Wildes is pleased to announce that Wildes & Weinberg P.C. has secured O-1 visa classification on behalf of client Juan Miguel Azpiroz, based on his extraordinary ability in film as a cinematographer. 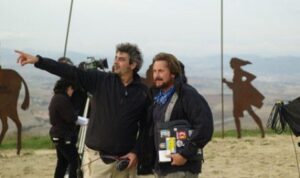 Juan Miguel Azpiroz has led a remarkable career for over 20 years serving as Director of Photography and Cinematographer for numerous critically acclaimed films alongside recognized directors, such as Emilio Estevez and Joe Carnahan. He has also worked on numerous high-profile commercials for prestigious car, beauty, consumer, and luxury fashion companies. His talent is sought after around the globe, and he has regularly been lauded by the press and in reviews of his films. He is truly extraordinary member of the film industry, and we are honored to have worked with him. We look forward to watching his successes continue!