Managing Partner Michael Wildes is proud to announce the approval of the petition filed to secure an extension of O-1 visa classification on behalf of Katie-Ellen Humphries. 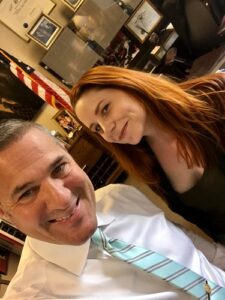 Katie is an outstanding comedian who has made a name for herself as one of the most recognized comedic talents throughout Canada and the U.S. She has been a featured performer at the JFL NorthWest Festival, Yuk Yuks Victoria, The Bridgetown Comedy Festival, San Francisco Sketchfest and The Bumbershoot Music & Arts Festival. Katie-Ellen delights audiences with her unique voice, hilarious perspective, and sharp wit. Ms. Humphries’ TV appearances include “The Funny Pit” (CMT),“She Kills Me” (APTN), The Winnipeg Comedy Fest “Food, Glorious Food” Gala (CBC) and The Ha!ifax Comedy Festival (CBC). Moreover, she has been a panelist on the comedy talk show “Morgan Brayton & Other People” on OUT-TV and appears on CBC Radio’s The Debaters and recently released her own album, Ladyfinger. Ms. Humphries is also a 3-time Canadian National Open Water 5k Swim Champion.