Managing Partner Michael Wildes is honored to announce that the firm has been engaged by Anslem Douglas to prepare his O-1 visa application.

Mr. Douglas is a well-known Trinidadian musician and performer, most famous for writing the Grammy Award-winning hit song Who Let the Dogs Out? His other hits include Ragga Poom Poom, When I Dead, and Bacchanal. Mr. Douglas is currently back in the studio creating music for his next album. Mr. Douglas declared, “I am excited to be represented by Michael Wildes and the amazing team at Wildes and Weinberg. They are experts at securing O-1 visas for musicians and I look forward to making music in the U.S. after a successful resolution of my case.” 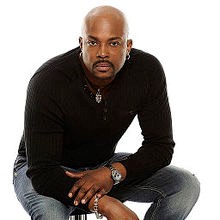