Managing Partner Michael Wildes is proud to announce the approval of the petition filed on behalf of supermodel, Vanesa Lorenzo. Ms. Vanesa Lorenzo is a world-renowned model from Spain who has enjoyed an astounding career in the fashion industry. 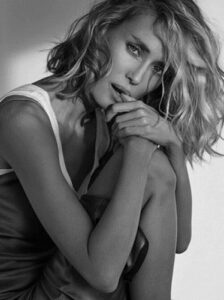 Ms. Lorenzo has sustained her illustrious reputation for two decades, appearing on multiple covers of and in many editorials for prestigious magazines like Elle Spain, Harper’s Bazaar Spain, Vogue Italia, Vogue Spain, Elle Germany, Marie Claire, and more. She has also served as “the face” of and appeared in campaigns for iconic designers like Ralph Lauren, Escada, Christian Dior, Yves Saint Laurent, and Giorgio Armani.