Managing Partner Michael Wildes is thrilled to announce that the firm has secured an O-1A visa petition approval on behalf of Tyler “El Tornado” Goodjohn, an exceptionally talented boxer currently competing in bareknuckle boxing with the BKFC. 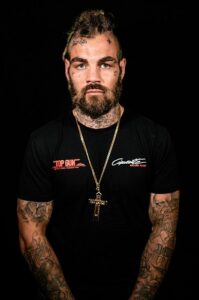 El Tornado qualifies for O-1A visa classification based on his outstanding talent and accomplishments in athletics as a boxer.  Numerous articles have been published about him, and he won the Featherweight World Title in 2019, defeating the previous World Champion Sean George. We wish him much success in the United States and beyond!