Originally from the U.K., Simon has led an illustrious career in the music industry over the last 20 years. He was the Managing Director of Serious Records and Co-owner of the Serious Group of companies. He has managed a number of successful artists internationally and has co-written and co-produced award-winning songs such as “It Feels So Good” by Sonique. He has also worked on major events such as Majorca Live, Dubai Live and London Live, and has promotes live music events and booking headlining musicians such as Jesse J, Calvin Harris, Tinnie Tempah, Professor Green and Run DMC.  With his O-2 visa, Simon will be coming to the U.S. to work as Artist Manager/A&R in support of popular DJ and music producer, Chris Barratt, a.k.a. “Eagles and Butterflies” who has an O-1 visa. 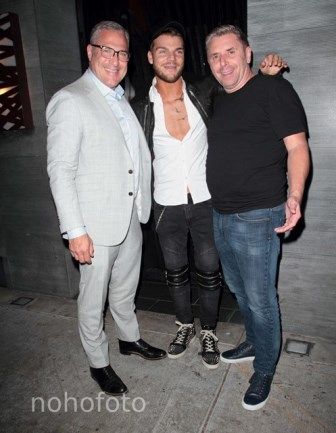 An O-2 visa is issued to individuals who provide support to the O-1 visa holder who is employed in the field of arts, athletics, motion picture and television production.

For more information on the O-1/2 visa category, please visit our Immigration 101 page or contact Michael Wildes at michael@wildeslaw.com.