Managing Partner Michael Wildes is pleased to announce that Wildes & Weinberg has been successful in obtaining O1 classification for Mr. Andrei Alekseev, an accomplished leader in the arts and entertainment industry. 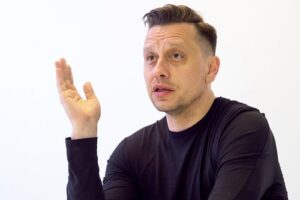 In a stellar career spanning almost two decades, Mr. Alekseev has established himself as a pioneer in the entertainment industry in Belarus and beyond. He is a highly influential promoter of concerts, live music festivals and tours for nationally and internationally renowned artists and performers including such major acts as Cirque du Soleil, 30 Seconds to Mars, Elton John, Linkin Park, and Depeche Mode, to name a few. In recognition of his extraordinary work, he has been repeatedly interviewed as an expert in the entertainment industry by leading publications in Belarus. In addition, many of the events that he has promoted have experienced commercial and critical success. Mr. Alekseev has clearly built an astounding reputation and has distinguished himself from his peers in the entertainment industry, and we are proud to have worked with such a talented and innovative individual.