Managing Partner Michael Wildes is thrilled to announce that Wildes and Weinberg has been successful in securing O1 visa approval for famed singer Rick Astley and O2 visa approvals for key members of his support staff. 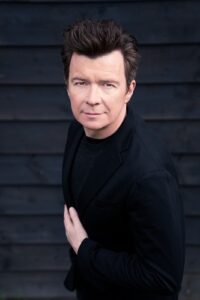 Mr. Astley gained worldwide fame in the late 1980s with multiple chart-topping hits including “Never Gonna Give You Up”, “Together Forever” and “Cry For Help” to name a few. After a retirement of 15 years Rick started touring again and in 2016 released the number 1 platinum selling album “50”. Since then, Rick has been touring the world and continuing releasing new music. In 2021, the video for “Never Gonna Give You Up” crossed 1 billion views on YouTube alone, a milestone matched by only a handful of other artists. During the summer of 2022, Mr. Astley will be touring the United States with equally acclaimed acts New Kids On The Block and Salt-N-Pepa, and Wildes & Weinberg is happy to have played a small part in reuniting Mr. Astley with his legions of adoring American fans. Mr. Astley joins a roster of legendary performers the firm has represented over the last 60 years, such as acclaimed musician John Lennon.