Managing Partner Michael Wildes is pleased to represent Alyson Lozoff in her immigration matters. Alyson, who is known as one of the top Rinkside Reporters, works with the Las Vegas Golden Knights NHL hockey team. Over the weekend, she  interviewed Sidney Crosby, one of the best NHL players, at the Golden Knights vs. Penguins game. January 2019. 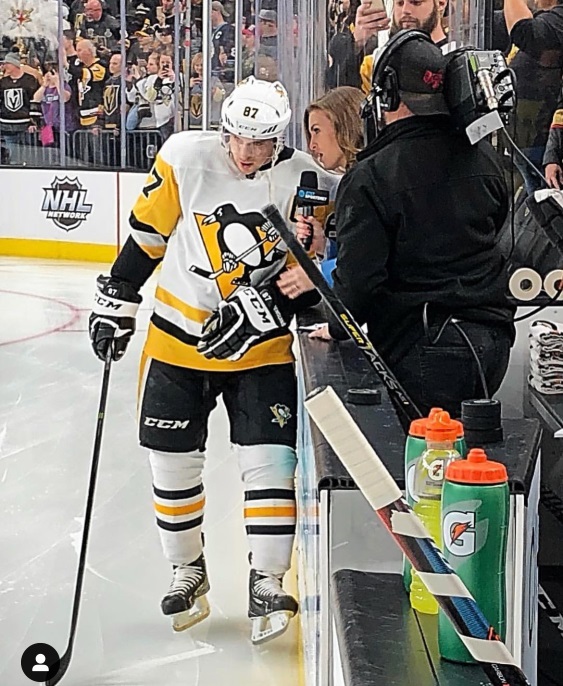 In addition to running a highly successful immigration law practice, Michael just released his newly authored book, Safe Haven in America: Battles to Open the Golden Door, which draws on nearly a quarter of a century of his practice in the immigration field, is an Adjunct Professor at the Benjamin N. Cardozo School of Law in New York, is Mayor of Englewood, NJ, serves as Counsel to Lincoln Center and two international/corporate law firm and is internationally renowned for his successful representation of distinguished individuals and corporate clients such as performing artists, directors, writers, models, actors/actresses, athletes, race car drivers, fine artists, art dealers, curators, musicians, photographers, stylists, and literary agents. Some of the firm’s recent clients include famed artist Sarah Brightman, several Miss Universe winners as well as soccer icon Pele, Chef Jean-Georges and Israeli singing sensations Eyal Golan and Gad Elbaz.