our representation of amber spence, lead singer of hell’s belles

Amber Spence, also known as Amber Saxon and BugGirl, has sustained international acclaim in the music industry as a rock phenomenon. She has garnered wide international press on behalf of BugGirl for the unique sound and musical power BugGirl has developed. Amber and BugGirl have acquired substantial and renowned media coverage from some of the most widely read and well-respected trade journals both in print and online in the world of rock music. Amber has been “wowing” audiences with her amazing vocals and energetic stage performance for over a decade.  Her acclaim is not limited to her appearance as BugGirl, but extends even further to her position with Hell’s Belles as lead singer.   Whether she is performing as part of the “power duo” BugGirl with drummer Clinton Spence or headlining for the four other female rockers as lead vocalist for Hell’s Belles, Amber’s command over her audiences and critics continue to please the masses.

According to Michael Wildes, “The firm has previously worked with Amber to secure  O-1 visa status. We look forward to assisting her with this next leg of her American journey”. 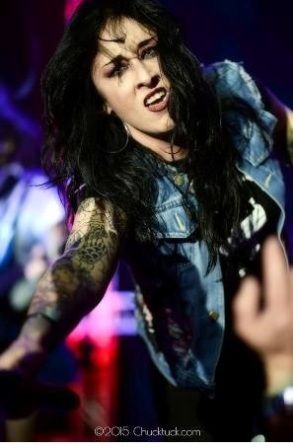 In addition to running a highly successful immigration law practice, Michael is Of Counsel to Lincoln Center and other international/corporate law firms. A former Federal Prosecutor with the United States Attorney’s Office in Brooklyn (1989-1993), he has testified on Capitol Hill in connection with anti-terrorism legislation and is internationally renowned for his successful representation of distinguished individuals and corporate clients such as performing artists, directors, writers, models, actors/actresses, athletes, race car drivers, fine artists, art dealers, curators, musicians, and literary agents. Some of the firm’s recent clients include First Lady Melania Trump, famed artist Sarah Brightman, several Miss Universe winners as well as soccer icon Pele and renowned Chef Jean- Georges.