our representation of distinguished model

Managing Partner Michael Wildes is pleased to announce that the firm will be representing Hana Nitsche, a distinguished fashion model with her application for Lawful Permanent Residence. 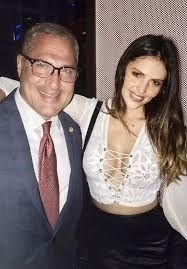 Hana has enjoyed a distinguished modeling ever since her appearance on Germany’s Next Top Model in 2007, which propelled her to international stardom. She has been featured on the covers of FHM France, Cocoon, Maxim Germany and Maxim South Africa as well as in editorials for Elle, Esquire, Cosmopolitan, Marie Claire, and GQ. Lifestyle and celebrity magazines like Gala, Glamour, InStyle, and Ok constantly feature articles on her career and social life providing updates to her numerous fans and followers.  She has also collaborated with photographer Raphael Mazzucco on his “Iceland Series,” which was exhibited at Art Basel. Ms. Nitsche also left her mark upon the industry, ranking No. 1 on Maxim’s Hot 100 list in 2016.

We are thrilled to be assisting Hana with her green card.