Managing Partner Michael Wildes is proud to announce that fine artist Ulrich Gleiter has engaged the services of the Wildes Law Firm. Gleiter is internationally renown for his Plein Air expressionist landscapes, which are featured in many books and magazines. The firm is in the process of securing an O-1 visa for Ulrich. 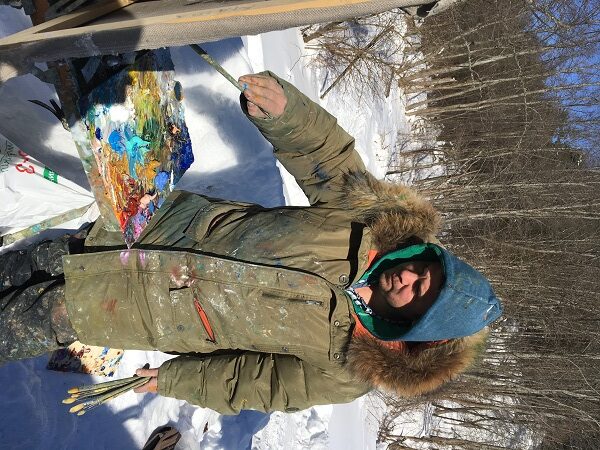 In addition, the individual must provide substantial evidence to prove that he/she meets three of the evidence categories defined by statute, as well as a written advisory opinion from a labor union or relevant peer group. The O-1 visa applicant must also show that he/she has an offer of employment in the United States to work in his/her field of expertise (or several offers of employment from multiple sources, along with a third-party agent to petition on the individual’s behalf and connect him/her to the multiple employers).

In addition to running a highly successful immigration law practice, Michael is a three-term mayor in Englewood, New Jersey, is the author of Safe Haven in America: Battles to Open the Golden Door, which draws on over a quarter of a century of his practice in the immigration field, is an Adjunct Professor at the Benjamin N. Cardozo School of Law in New York, and serves as Counsel to Lincoln Center and several international/corporate law firms. Moreover, Michael is internationally renowned for his successful representation of distinguished individuals and corporate clients such as performing artists, directors, writers, models, actors/actresses, athletes, race car drivers, fine artists, art dealers, curators, musicians, photographers, stylists, and literary agents. Some of the firm’s other distinguished clients include scholar Rabbi Lord Jonathan Sacks, as well as soccer icon Pele, Master Chef Jean-Georges and First Lady Melania Trump and her family.