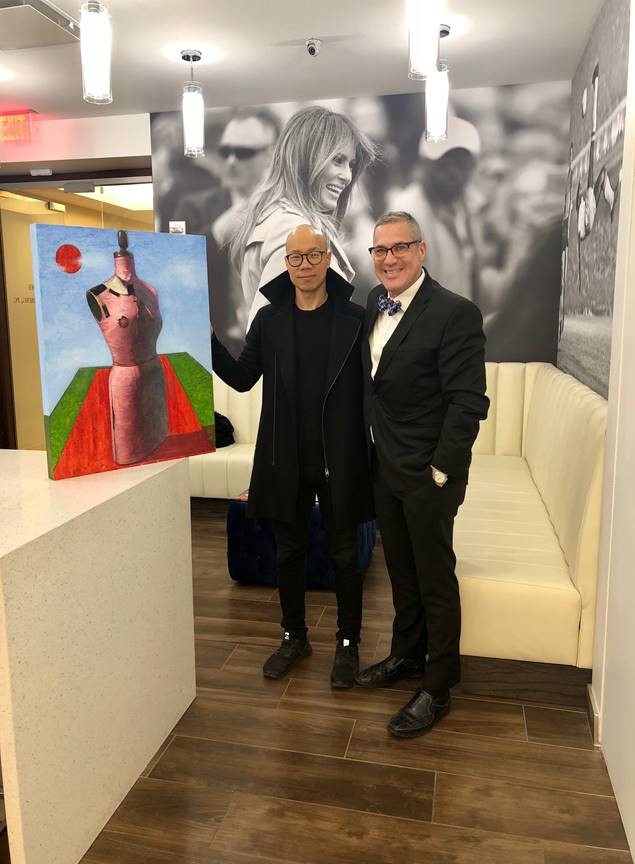 Yun has achieved a great deal of success as a painter. His works have been exhibited in many prestigious galleries such as the Lodge Gallery, Flowers Gallery, Panepinto Galleries, and many others. He has won a number of major awards, and his artwork has been featured on the pages of many of the world’s most important art magazines. Michael and Yun pose with Mr. Jang’s most recent commissioned piece in the New York office of Wildes & Weinberg.

Most recently, the firm secured an extension of O-1 visa classification on behalf of Yun Jang.