Managing Partner Michael Wildes is pleased to announce that Wildes & Weinberg has obtained P-1 approval for the 10 members of the performance troupe that performs the award-winning, culturally significant play, “While I Was Waiting.”

Internationally Acclaimed Director Omar Abusaada, and his performance troupe will present While I Was Waiting at the Lincoln Center Festival which will celebrate its 22nd season in July 2017.  Michael will be a special guest at the opening performance tonight.

“While I Was Waiting”, directed by Omar Abusaada and written by Mohammad Al Attar is a chilling reflection on the aftermath of political upheaval in the Syrian capital through the eyes of the family of Taim, a young man who fell into a coma after between beaten by unknown attackers in Damascus.   Its performance at the Lincoln Center Festival this July will be the play’s North American premiere. Created by internationally acclaimed Director and Playwright Omar Abusaada and Mohammad Al-Attar each member of the “While I Was Waiting” performance troupe enjoys international acclaim of their own.  The “While I Was Waiting” troupe has performed at numerous prestigious venues and at distinguished events around the world, in countries including Greece, France, Switzerland, Netherlands, Belgium, Germany, Bosnia, Italy among many others.  While there is always great cultural significance in live theater, this play is an important piece of our time given the global turmoil we are experiencing and as it travels internationally, it becomes increasingly important to make its way to U.S. audiences.

Michael has had the privilege of serving as immigration counsel to the Lincoln Center organization for the past several years. 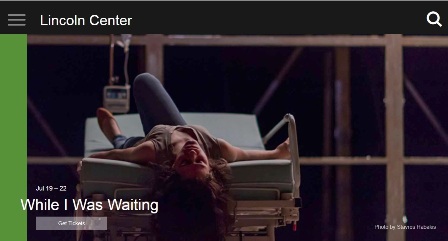 For a related article on the P-1 visa, see “Athletes, P-1 Visas, and the NBA” by Michael son’s Josh Wildes.