p-1a approved for “kenvi”, esports athlete, to play with immortals

Managing Partner Michael Wildes is pleased to announce that Wildes & Weinberg P.C. has secured another P-1A visa approval on behalf of renowned esports organization Immortals, which competes across multiple premier esports titles. Immortals is one of the most innovative global esports businesses that has been extremely successful, becoming an iconic brand in the industry with a celebrated team in one of the largest games, League of Legends. 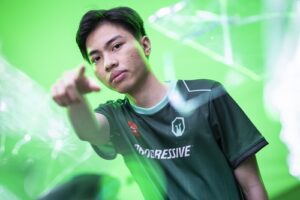 The most recent P-1A petition was approved on behalf of Shane Kenneth Espinoza, also known as “Kenvi,” as an internationally recognized esports athlete. Kenvi is a highly successful esports athlete who has played with top international teams, won major tournaments, and has been profiled in prestigious media publications. He was recently traded to Immortals from 100 Thieves and will be playing with Immortals in the United States. We are wishing Immortals and Kenvi the best in their upcoming season!