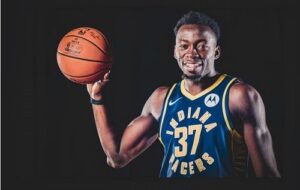 Amida Brimah most recently played in a starring role with the Indiana Pacers last season, helping to get the team into the playoffs. Previously, he played at the college level with the University of Connecticut and was a key player on their 2013-2014 NCAA Championship team. We look forward to watching Amida continue his success with the Guaynabo Mets in Puerto Rico!

For more information on our firm please visit www.wildeslaw.com or contact Michael Wildes at michael@wildeslaw.com