p-1s approved for “invert”, esports coach for the immortals

Managing Partner Michael Wildes is pleased to announce that Wildes & Weinberg P.C. has secured yet another P-1S visa approval on behalf of renowned esports organization Immortals, which competes across multiple premier esports titles. Immortals is one of the most innovative global esports businesses that has been extremely successful, becoming an iconic brand in the industry with a celebrated team in one of the largest games, League of Legends. 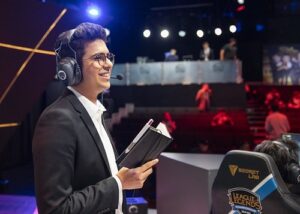 The most recent P-1S petition was approved on behalf of Gabriel Zoltan-Johan, also known as “Invert,” as an internationally recognized esports coach. Invert is a highly successful esports coach who has experience with top international teams and has been a key figure for Immortals’ League of Legends team in the United States. We are wishing Immortals and Invert the best in their upcoming season!