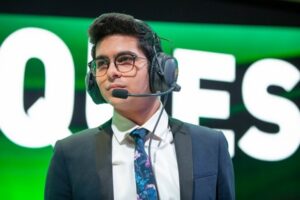 Immortals is one of the most innovative global esports businesses that has been extremely successful, becoming an iconic brand in the industry with a celebrated team in one of the largest games, League of Legends.

The most recent P-1S petition was approved on behalf Gabriel Zoltan-Johan, also known as “Invert,” as an internationally recognized esports coach that will be providing essential support to the Immortals team. Gabriel has been a successful coach and player for years in the United States and Canada. We are wishing Immortals and Gabriel the best in their upcoming season!

Michael Wildes, the firm’s Managing Partner, is also currently serving his third term as Mayor of Englewood, New Jersey,  is the author of Safe Haven in America: Battles to Open the Golden Door (which draws on over a quarter of a century of his practice in the immigration field),  is an Adjunct Professor at the Benjamin N. Cardozo School of Law in New York and serves as Counsel to Lincoln Center and several international/corporate law firms.