Managing Partner Michael Wildes is proud to announce that he has attained US Citizenship for long time client Princess Arriana Boardman. The firm has represented Ms. Boardman for the last 17 years, a journey which began with a visa to the United States, then lawful permanent residence, and culminated recently in the securing of citizenship.

According to Michael Wildes, “The journey from visa holder to U.S. citizenship allows me to embark on a long-term relationship with my clients and this is what makes my job worthwhile; it’s exciting to help them achieve their American dream.” 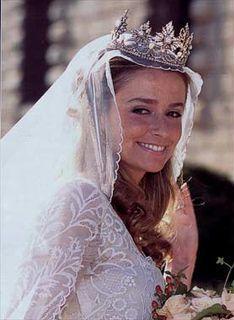 Founded in 1960 by Michael’s father, Leon Wildes, whose best-known accomplishment was his successful representation of John Lennon in his widely publicized deportation proceedings, the circumstances of which have inspired several films and documentaries, Wildes & Weinberg specializes exclusively in the practice of U.S. immigration and nationality law. More than fifty five years since its inception the firm continues to serve a distinguished domestic and international clientele and covers all areas of U.S. immigration law, including employment and investment-based immigration, work permits, permanent residence for qualified individuals, family-based immigration, asylum applications and all temporary and permanent type visas.

Despite difficulties currently being encountered in dealing with U.S. immigration authorities, Wildes & Weinberg has maintained an extraordinary track record for success for its cases.  In addition, the firm’s  multilingual  staff is known for its experience and special expertise in processing each foreign national’s case with nothing less than the highest level of professionalism.