Managing Partner Michael Wildes is proud to announce that the firm has secured a second O-1 petition approval for his client, English actor Charles Warburton, who has continued to Demonstrate Extraordinary Artistic Ability in the Film and Television Industries.

Charles Warburton began his career by training at some of the most recognized and well-respected institutions in London and one of the world’s top conservatories, a global leader of creative and professional practice for aspiring artists and professionals. 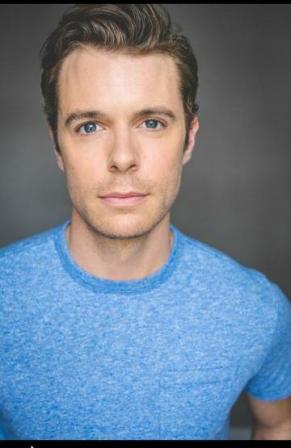 Over the course of his acting career, Charles Warburton has established himself as a highly accomplished actor of sustained acclaim and has amassed an impressive list of credits in this regard. Earlier in his career, he took on several roles in short indie films such as God’s Favor (2013). This film directed by Ilay Ron, of Renaissance Eye Productions, premiered at the renowned Cannes Film Festival and was also accepted by the New York City International Film Festival (NYCIFF). Following this noted success, Mr. Warburton worked on another project with Ilay Ron and Renaissance Eye Productions in 2014, starring in the futuristic, sci-fi short film, 2094. This work was an official selection at the 2015 Soho International Film Festival.

Some of Mr. Warburton’s other early credits include voiceover work at the 2012 Cannes Film Festival for a documentary piece on the famed series Homeland, one of the most critically acclaimed series on television. Mr. Warburton has also appeared in the television series Celebrity Nightmares Decoded which airs on widely watched A&E Network’s Biography Channel.

Charles Warburton has built a stellar reputation in the commercial arena over the past three years, having starred in several advertisements for internationally recognized brands Apple Inc., HSBC, MasterCard – Apple Pay, MasterCard- Jet Blue, Jawbone, Harry’s Razors, and as the voice of the Philips brand for a national commercial campaign.

In addition, Mr. Warburton has also crossed-over into the world of fashion, appearing in campaign videos for luxury brand Tabula Rasa NY. This video received remarkable recognition from the press; it was published on the highly trafficked W Magazine website and was also featured and reviewed on the website of renowned publication, Harper’s Bazaar.

Mr. Warburton’s achievements demonstrate his extreme versatility as an actor, as he has performed and continues to perform across the arenas of film, theater, television, commercials, and voiceovers. His outstanding reputation is further demonstrated by the distinguished production companies and internationally renowned brands that have engaged his services for several projects over the course of the next three years. The new O-1 petition approval our firm has secured for him will allow him to fulfill these prestigious roles in the United States as he continues to garner great acclaim in his field.