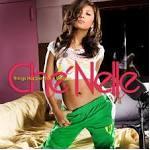 Che’Nelle (http://www.chenelleworld.com) is a Malayasian Australian recording artist who began her singing career while performing karaoke in her father’s lounge in Perth, Australia. Thereafter, she began writing and producing her own music and was discovered by Sir Charles Dixon after uploading her music onto Myspace. Dixon brought her talents to Virgin Records America, an imprint of EMI. Che’Nelle opened for Kanye West in Australia in 2006 and has collaborated with the likes of reggae artist Cham, Carmit Bachar, Ricki-Lee, Leona Lewis, and DJ David Guetta.

been signed to Pitbull’s label Mr. 305 Inc. This, coupled with her already existing international fame and her ability to seamlessly bring together different genres and culture makes her ready to take on the USA. “It’s everything that I’ve been working towards, and it lays the groundwork for even bigger things to come,” states an excited Che’Nelle.

“America is forewarned,” says Che’Nelle’s immigration attorney Michael Wildes, “Che’nelle is a multi-talented artist that is ready to take on the USA”.

Known as the premier U.S. Immigration and Nationality Law firm, Wildes & Weinberg is a New York City niche-based firm consisting of over forty individuals. Over the past 50 years, Wildes & Weinberg has dedicated its practice to the exclusivity of U.S. immigration and nationality law, servicing the immigration needs of prominent American and International firms, banks, industrial, financial and manufacturing concerns and law firms in connection with the personnel needs of their foreign national employees. In addition, the firm has a distinguished clientele and has done substantial immigration work for performing artists, directors, writers, models, actors/actresses, athletes, fine artists, art dealers, curators, and literary agents including John Lennon, Yoko Ono, Joe Cocker, Johnny Rotten, Paloma Picasso, the 2013, 2011,2010, 2009 and 2008 Miss Universes, supermodel Giselle Bundchen and Sarah Brightman, the world’s bestselling female classical artist of the twenty-first century.