Miami, Florida has always been known for its people. It boasts a richly diverse population and a culture that is famously heterogeneous while still being unique and recognizable as a quintessential American city. Its top industries—tourism, international trade, and media—denote the importance the city places on its people and upon human interaction as a whole. Miami has been called the “cruise capital of the world” while its port has been dubbed the “cargo gateway of the Americas.” Media and telecommunications is a stalwart industry in Miami, with Spanish-speaking news companies such as Telemundo and Univision and entertainment corporations such as Sony Music Latin and Universal Music Latin Entertainment based in the city.

The effect of the COVID pandemic on Miami’s industries has been palpable, as hotels and cruise lines have had to close their doors and potential tourists throughout the United States and the world have stayed home. But a year after the beginning of the pandemic, Miami is cautiously reawakening, with officials advising visitors to “vacation responsibly.” Hotels and beaches are reopening, the city’s sea trade is resuming its course, and on March 23rd the Miami Beach Convention Center held its first convention since the pandemic began.

Despite pandemics and hurricanes, the Miami office of Wildes and Weinberg, P.C. has never shuttered its doors alternating staff from in office to remote work to keep everyone safe. With the City’s industries churning back to life and international travel slowly starting up again, we’ve been taking on more employment- and family-based cases as well. Our office, located at 18851 NE 29th Avenue in Aventura, is eager to help the Magic City get back on its feet and to offer our clients guidance through the complex maze of U.S. immigration. Many of our hospitality/culinary clients have opened in Miami advancing their immigration needs into a new corridor of our Nation. 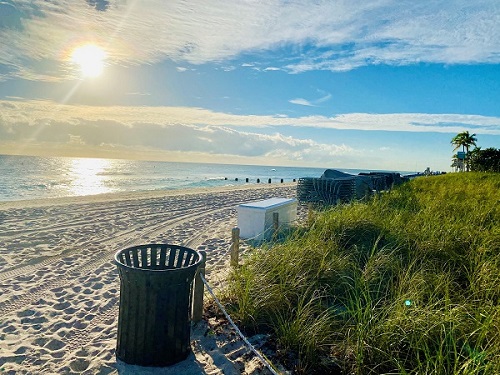