Throughout his six decades of practice, Founding Partner Leon Wildes represented many talented and highly qualified professionals in addition to scores of distinguished individuals.  One such group was HaGashash HaHiver, the iconic Israeli comedy trio.  It was also known as the Gashashim. Its three members were Yeshayahu Levi, Yisrael Poliakov and Gavriel Banai. Together, they became a cultural icon representing all of Israeli society.  Decades later, our firm is now poised to open up and offer USA bound immigration legal work in Tel Aviv. 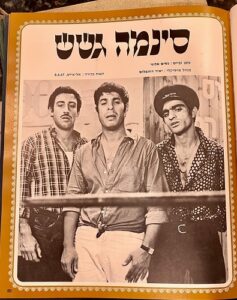