Managing Partner Michael Wildes of Wildes & Weinberg P.C. is thrilled to announce that the firm has secured what is likely to be one of the first ever O-1 visas given to an eSports broadcaster by the U.S. Citizenship & Immigration Service (USCIS). This is a huge victory for the electronic sports (“eSports”) industry, the multi-million dollar (and growing) industry of competitive professional video gaming. This industry has gained worldwide acceptance as global tournaments have major corporate sponsors such as Coca Cola and Red Bull, and regularly have prize pools of millions of dollars awarded to winning gamers.

Wildes & Weinberg represented Major League Gaming (“MLG”) in its O-1 visa petition for Ben Bowe (commonly known as “Benson” in the eSports industry) to allow him to work with MLG in the United States as a full time host and producer for MLG.tv, the company’s premium video platform. Ben has become widely known as a broadcaster (or “caster”) of eSports tournaments and events around the world, essentially performing in a role similar to a sports commentator for the NFL or NBA, but for live video game competitions. These competitions, for popular games such as Call of Duty, are streamed live online through multiple platforms and are regularly viewed by millions around the globe. 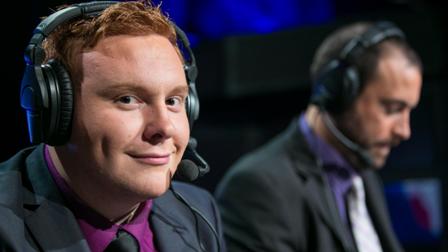 Wildes & Weinberg P.C. worked with MLG for several months to organize the O-1 visa petition in order to showcase Ben Bowe’s outstanding achievements and demonstrate Ben’s extraordinary ability. Benson has become widely known internationally as one of the top eSports broadcasters in the world. Chris Puckett, EP for MLG and eSports Report, states: “Over past two years, Benson has quickly established himself as one of the leading broadcasters in eSports and this is a huge milestone not only for MLG, but the entire industry. I’m excited to welcome Benson into the MLG family and look forward to countless hours of content we will be creating together.” MLG made the announcement of this exciting news in a press release.

O-1 Visas are awarded to individuals across a wide range of industries and professions who can demonstrate an extraordinary ability in the arts, business, science or athletics. Individuals seeking an O-1 visa must prove to USCIS with extensive documentation that they have garnered significant acclaim in their field of expertise, and must demonstrate that they meet three of the criteria delineated by U.S. immigration regulations, including criteria such as having press articles published about the individual, having earned significantly higher compensation than others in the same position, and having performed in a critical or lead role for distinguished organizations and events.

At only 22 years old, Ben Bowe has already garnered much recognition as one of the world’s top eSports broadcasters, with dozens of articles published about him in major industry publications, including the print edition of Xbox Magazine in the U.K. He has worked with some of the most prominent eSports companies for some of the industry’s largest tournaments and events. 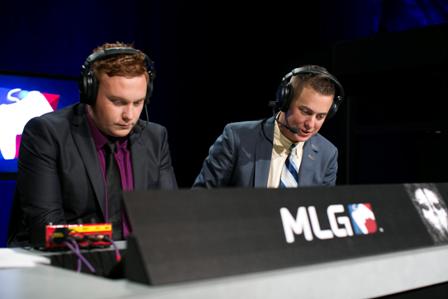 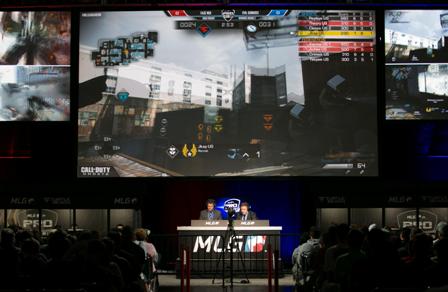 Michael Wildes is pleased to have represented MLG and Ben Bowe in this historic event. Many O-1 visas have been granted over the years to various other types of hosts and broadcasters on television and for other live events, but to our knowledge, this appears to be the first ever O-1 visa granted to a broadcaster of extraordinary ability specifically in the eSports space.

This announcement comes just a year after USCIS showed its acceptance of eSports as a major industry on par with other major league athletic games, when it approved the first ever P-1 Athlete Visas for international players to compete and work as video game competitors in the United States. Wildes & Weinberg hopes to continue its presence in this wonderful field, and hopes to help many more of the top broadcasters and video game players to work and compete internationally.

For more than 5 decades, the firm of Wildes & Weinberg, has concentrated its practice in all aspects of U.S. immigration and nationality law, servicing the immigration needs of prominent American and International firms, banks, industrial, financial and manufacturing companies and law firms in connection with the personnel needs of their foreign national employees. In addition, the firm has a distinguished clientele and has done substantial immigration work for painters, writers, models, actors, investors, scientists, physicians, bankers, directors, writers, athletes, fine artists, and many others.