Managing Partner Michael Wildes is pleased to announce that earlier this month Wildes & Weinberg successfully represented Leonard Avshalumov in a merits hearing before the Immigration Court in New York City.

Mr. Avshalumov was put into deportation proceedings because the government alleged that he had abandoned his lawful permanent residency (green card) after a four year absence from the United States. Mikhail Izrailev, the associate attorney who represented Mr. Avshalumov at the hearing, argued that Mr. Avshalumov had made a colorable claim as a returning resident and thereby held the government to its evidentiary burden of showing by “clear, unequivocal, and convincing evidence” that Mr. Avshalumov did not in fact intend to return to the United States but was unable to do so due to extenuating circumstances.

The “clear, unequivocal, and convincing evidence” standard requires the government to dispel all doubt of Mr. Avshalumov’s intent and is a legal issue many attorneys overlook when defending clients in abandonment cases. Fortunately, due to the skill of the attorneys at Wildes & Weinberg the government agreed to terminate the proceedings after Mr. Avshalumov testified and the government realized that it could not meet its burden. While this result was one forged over two years, Mr. Avshalumov now has his green card and is able to continue to build his life! 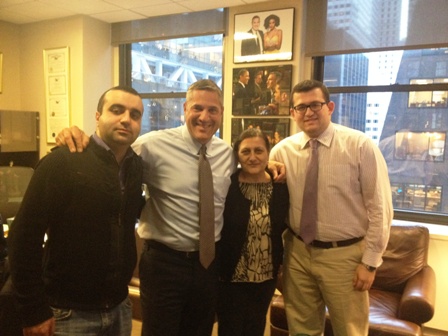