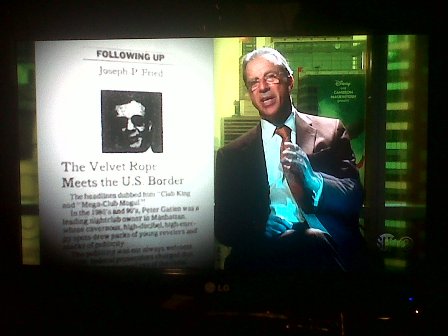 Wildes & Weinberg, P.C. Senior Partner Steven Weinberg was interviewed about Peter Gatien’s immigration battle in the 2011 documentary, Limelight.Peter Gatien, a Canadian native and owner of several New York nightclubs including the Limelight, Palladium, Club USA, and Tunnel, was dubbed as the “King of New York Clubs”. Yet despite his success in the entertainment industry, he was not able to overcome his immigration issues.  A 2011 documentary, called Limelight, produced by Gatien’s daughter, looks at New York City night life in the 1990’s and addresses the rise and fall of her father’s club empire.

Steven Weinberg,  a graduate of Suffolk University School of Law, has been with the firm for over 30 years, and a Partner since 1976. His contributions have added to the firm’s reputation for incisive legal analysis and effective representation. Accomplished in immigration litigation, he has argued cases across the country and before the Board of Immigration Appeals.

For nearly six decades, Wildes & Weinberg, has concentrated its practice in all aspects of U.S. immigration and nationality law, servicing the immigration needs of prominent American and International firms, banks, industrial, financial and manufacturing concerns and law firms in connection with the personnel needs of their foreign national employees. In addition, the firm has a distinguished clientele and has done substantial immigration work for investors, scientists, physicians, bankers, performing artists, directors, writers, models, actors/actresses, athletes, fine artists, art dealers, curators, and literary agents.