The following preview has been approved for all individuals requiring U.S. Immigration and Nationality assistance. 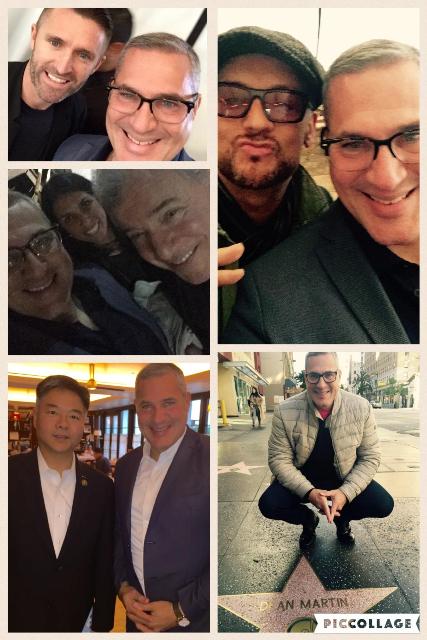 Founded in 1960 by Senior Partner Leon Wildes, whose best-known accomplishment was his successful representation of John Lennon in his widely publicized deportation proceedings, Wildes & Weinberg, specializes exclusively in the practice of U.S. immigration and nationality law. More than fifty six years since its inception the firm continues to serve a distinguished domestic and international clientele and covers all areas of U.S. immigration law, including employment and investment-based immigration, work permits, permanent residence for qualified individuals, family-based immigration, asylum applications and all temporary and permanent type visas.

Managing Partner Michael Wildes recently met with clients, agents, athletes, local politicians, and friends while scoping out the location for the Los Angeles office, which will be located on the corner of Hollywood and Vine diagonally across from Capitol Records. Pictured with Michael who is paying tribute to Dean Martin on Hollywood’s Walk of Fame,  is musician Boy George, Congressmen Ted Lieu, LA Galaxy Captain Robbie Keane, Founder and President of Vanguard Management David Guc, and his partner in life, his wife Amy.

Despite difficulties currently being encountered in dealing with U.S. immigration authorities, Wildes & Weinberg has maintained an extraordinary track record for success for its cases.  In addition, the firm’s multilingual  staff is known for its experience and special expertise in processing each foreign national’s case with nothing less than the highest level of professionalism. The firm’s  Madison Avenue is located in the heart of midtown, New York City, New York, and has additional offices in  Englewood, New Jersey, and Miami, Florida.

Please contact Managing Partner Michael Wildes at Michael@wildeslaw.com to schedule a consultation  or for media inquiries.