The New England Patriots and the Atlanta Falcons rose to the top of their conferences during the 2016 season and on February 5, 2017, these teams played each other in order to decide the NFL champion. Ultimately, the Patriots defeated the Falcons 34-28 in the first Super Bowl to ever go into an overtime period.  For Tom Brady, Wildes & Weinberg’s client Giselle Bundchen’s husband, this win marked Brady’s 5th Super Bowl win. 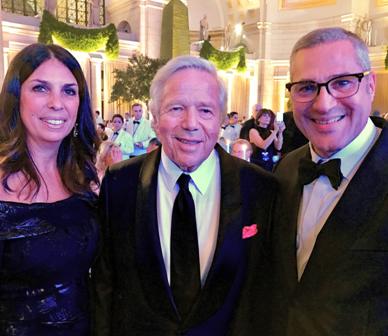 Founded in 1960 by Michael’s father, Leon Wildes, whose best-known accomplishment was his successful representation of John Lennon in his widely publicized deportation proceedings, the circumstances of which have inspired several films and documentaries, Wildes & Weinberg specializes exclusively in the practice of U.S. immigration and nationality law. According to Michael Wildes, “For over 5 decades, our law firm has worked tirelessly to secure visas, green cards, and naturalization for our clients.  We have brought some of the most talented individuals and preeminent experts in their fields to the United States, many who have gone on to leave their legacy here.  Following in the footsteps of my father, who is most well-known for his successful representation of former Beatle John Lennon and his artist wife Yoko Ono in their deportation hearing, has been a life-long dream of mine and I am so grateful to my father’s guidance and partnership”.

For more information visit www.wildeslaw.com  or contact Michael Wildes at michael@wildeslaw.com to schedule a consultation.