Wildes & Weinberg, P.C., Managing Partner Michael Wildes, is pictured here alongside designer Walter Baker and his wife.  Mr. Baker debuted his newest collection of uptown chic during New York Fashion Week 2013.  The line continues to promote Mr. Baker’s passion for detail, a creative edge, and is easy to wear. According to Mr. Baker himself, “My clothes tend to attract uptown girls with a downtown sensibility”. Prestigious retailers like Henri Bendel, Bergdorf Goodman, Neiman Marcus and Saks Fifth Avenue all sell his clothes and his designs have been featured in media outlets such as Vogue, InStyle, Glamour, Marie Claire and Lucky. Huge fans include Paris Hilton, Taylor Swift, Hilary Duff, Eva Mendez, among so many others.

Over the past 54 years, Wildes & Weinberg has concentrated its practice in all aspects of U.S. immigration and nationality law, servicing the needs of prominent American and International firms, banks, industrial, financial and manufacturing concerns, as well as law firms, in connection with the personnel needs of their foreign national employees.  In addition, the firm has  a distinguished clientele and has done substantial immigration work for performing artists, directors, writers, models, actors/actresses, athletes, fine artists, art dealers, curators, and literary agents. 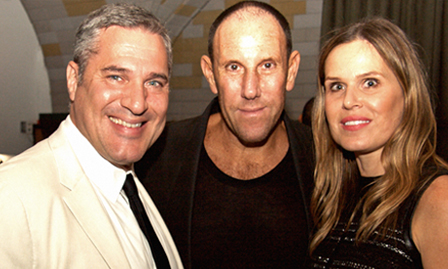