On Thursday, February 26, 2009 Wildes & Weinberg hosted a meeting for David Bouskila, the Mayor of Sderot.

Sderot has been bombarded by Qassam rockets for more than 8 years, and partner Michael Wildes personally joined in a mission to Israel last week where he and 17 other Englewood residents were able to see firsthand the conditions under which the people of Sderot are living.  Mr. Wildes and Mayor Bouskila discussed crucial issues facing the residents of Sderot.

According to Mr. Wildes:

“The range of topics included a briefing on the current crises: their continuous need for financial support; security improvements; medical/psychological trauma care; and recreational facilities for children and adults. We both complimented one another for the solidarity shown and indeed a foundation for future efforts was laid this afternoon for our civic officials; citizens; and the American Jewish community at large to support the people of Sderot. Mayor Bouskila and I both represent approximately the same amount of people and when I presented him with the key to my city Mayor Bouskila was very appreciative and thankful for the concern and passion that our community has shown his citizenry. He and I discussed further projects and look forward to the a continued friendship and partnership”

Mr. Wildes Quote Upon Returning Last From a Personal Visit To Sderot:

“What an extraordinary trip. From visting new archeological digs to sitting with a Knesset Member; a Journalist- to parents who lost children at the hands of terrorists: we saw firsthand a country packed with heroes. We had a chance to walk through the streets of Sderot. To meet with proud Israeli soldiers; see missile casings; scarred city streets where missiles had fallen; feel the resiliancy of a nation constantly at war; and taste the dissatisfaction with failed diplomacy and the international ‘politics as usual’. We bought gifts for children in Sderot and we’re in kind warmed by their smiles. I remain optimistic in the resiliency of its people; the ability of the country to deal with its short term solutions (as evidenced by its response to terrorism); its vibrant pulsating life committed to judiasm and cultural progress. A Nation addicted to crisis and action. What a wonderful journey this was for us. What pride I feel as a grandchild of holocaust survivors. We must remind ourselves of this privilege each time we pray at the Wall (Kotel) and take comfort in knowing that we can defend ourselves and our land at will.” 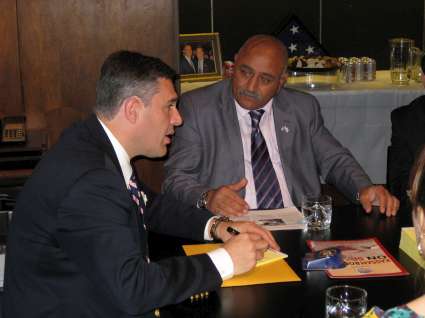