Together, prominent immigration attorneys Michael Wildes and Florence Rostami addressed the JCCI to examine recent changes in immigration polices and how this effects the application process for key employees and executives of Japanese entities that rely on services from expatriates. The joint session, which was conducted in Japanese, was held on Tuesday, December 2, 2014 at the Nippon Club in New York City. 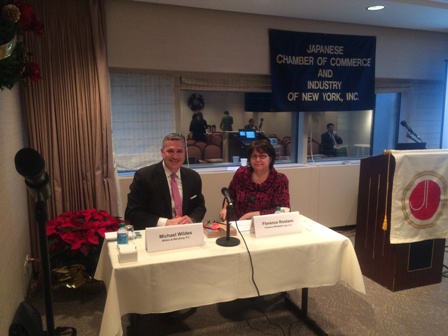 Michael Wildes is the Managing Partner with the leading immigration law firm of Wildes and Weinberg PC in New York City, Englewood, NJ and Miami, FL. The boutique law firm specializes exclusively in the practice of U.S. immigration and nationality law representing various entities including banks and hedge funds as well as well known artists including John Lennon, Sarah Brightman and soccer icon Pele. Michael also severed two terms as the Mayor of Englewood, New Jersey, was appointed to the District Appeals Board of the Selective Service System for the State of New Jersey, was a member of the New Jersey Governor’s Blue Panel on Immigration, and has been a guest lecturer at many distinguished forums and institutions including, Yale University, New York University, and The Benjamin N. Cardozo School of Law, where Michael is an Adjunct Professor of Business Immigration Law.

Florence Rostami founded the Florence Rostami Law, LLC in March 2006. For nearly a decade, the Firm has provided multinational corporations and U.S. subsidiaries of Japanese corporations in a wide variety of industries with legal advice and representation in the areas of business and corporate law, mergers and acquisition, information technology and ecommerce, copyrights and intellectual property matters, labor and employment matters, dispute resolution and immigration law and practice. Florence Rostami has lectured before industry groups and for individual companies on many of these subjects. 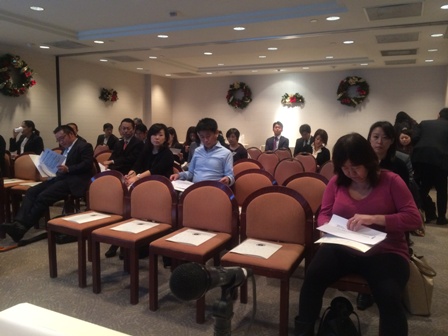 For more than 5 decades, the firm of Wildes & Weinberg, P.C., has concentrated its practice in all aspects of U.S. immigration and nationality law, servicing the immigration needs of individuals as well as prominent American and International organizations, banks, industrial, financial and manufacturing concerns, and law firms in connection with the personnel needs of their foreign national employees.

If you are interested in arranging a presentation for your organization, please contact Michael Wildes at michael@wildeslaw.com.