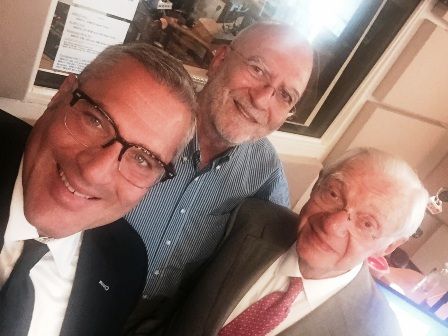 Feel free to listen to the interview on John Lennon vs. Richard Nixon by clicking this link: http://www.wnyc.org/story/john-lennon-vs-richard-nixon/

For a related story, see http://www.wnyc.org/story/john-lennons-deportation-fight-paved-way-to-obamas-deferred-action-policy

Founded in 1960, Wildes & Weinberg is perhaps best known for Leon Wildes’ representation of former Beatle John Lennonand his wife Yoko Ono. Between 1972 and 1976, Leon represented Lennon and Ono in their struggle to remain in the United States, despite the concerted attempts of the Nixon Administration to deport them.

The book, aptly titled John Lennon v. The U.S.A., will be published by Ankerwycke Books, an imprint of ABA Publishing, a division of the American Bar Association and will became available in August, 2016. It can be purchased on Amazon at: http://www.amazon.com/John-Lennon-vs-The-U-S-A/dp/1634254260.