On December 17, 2015, The Hofstra Law School Immigration Society took a field trip to visit with Leon and Michael Wildes.

According the Society’s facebook page, the visit “to the law offices of Wildes & Weinberg (was) with two of the most inspirational and influential attorneys in the immigration field!!” https://www.facebook.com/groups/HOFSTRAILSA/ 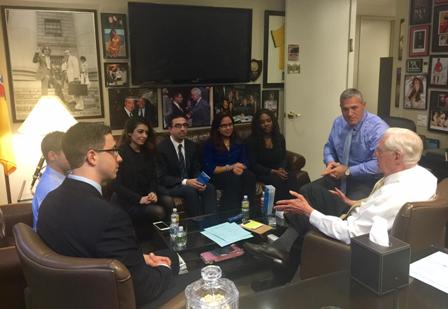 More than fifty five years since its inception, the firm continues to serve a distinguished domestic and international clientele and covers all areas of U.S. immigration law, including employment and investment-based immigration, work permits, permanent residence for qualified individuals, family-based immigration, asylum application, all temporary and permanent-type visas, naturalization, and Form I-9 compliance. Today, the firm has offices in New York City, Englewood, New Jersey and Miami, Florida and plans to expand to Los Angeles, California are in the works.

Michael enjoys mentoring young lawyers and being on the lecture circuit. He has provided workshops on U.S. Immigration Law to universities, corporations, non-profit and social organizations, other law firms, immigration municipalities, and to the public at large for many years.  As a service to the community, these lectures are free of charge and intended to increase public understanding of immigration laws and how to remain in compliance.  Michael has  previously presented lectures at such noteworthy institutions as Yale University, Yeshiva University, Pace University, New York University, Berkeley College, and organizations such as the American Immigration Lawyers Association, Realtors, and other Foundations. 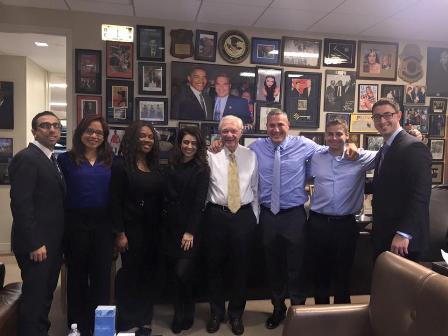 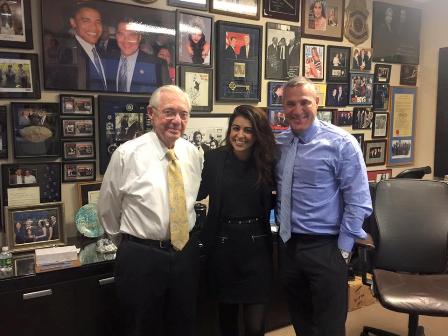