FOUNDING PARTNER LEON WILDES RECALLED HIS PERSONAL ACCOUNT OF THE JOHN LENNON MATTER – JOHN LENNON VS. THE USA – THE INSIDE STORY OF THE MOST BITTERLY CONTESTED AND INFLUENTIAL DEPORTATION CASE IN UNITED STATES HISTORY – FOR THE MEMBERS OF CONGREGATION KEHILAT JESHURUN, NEW YORK CITY. 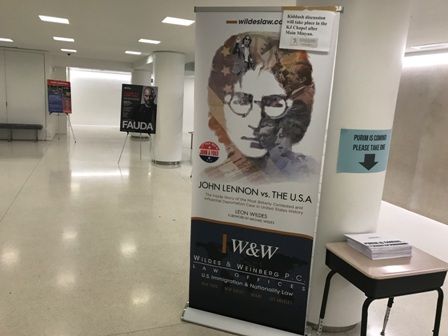 Since the books launch in August 2016, nearly 5000 copies have been purchased, Leon and Michael Wildes have appeared on dozens of TV and radios shows including Good Day NY and the Stolar Report and thousands of people have attended a “Conversation with Leon Wildes”, at noteworthy institutions such as The Benjamin N. Cardozo School of Law and The Lower East Side Tenement Museum. 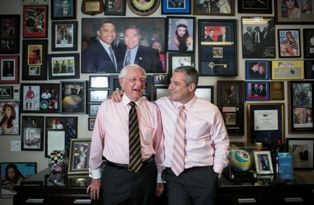