Managing Partner Michael Wildes, Wildes & Weinberg,
P.C., noted as one of New York’s best immigration attorney’s addressed nearly
100 students from across the nation at the ABA Law Student Division, 2013 Fall
Leadership Summit, which was held at the Fordham University School of Law
School on October 5.  Michael Wildes
presentation on U.S. Immigration and Nationality Law was prominently featured
on the panel entitled: “Emerging Areas of Law”

Wildes & Weinberg P.C., was established in 1960 by
senior partner, Leon Wildes.  The
practice expanded steadily as word of its outstanding achievements spread in
the international community. One of Mr. Leon Wildes’ best known accomplishments
was his successful representation of former Beatle John Lennon in his widely
publicized deportation proceedings, the circumstances of which have inspired
several films and documentaries.

Fifty years since its inception, the firm continues to
serve a distinguished domestic and international clientele and covers all areas
of U.S. immigration law, including employment and investment-based immigration,
work permits, permanent residence for qualified individuals, family-based
immigration, asylum applications and all temporary and permanent-type
visas.

As part of the firm’s commitment to community service and
to increase public understanding of immigration laws, Michael Wildes has been
lecturing to universities, corporations, non-profit and social organizations,
other law firms, and municipalities, for many years.  These lectures are free of charge and prior
presentations have been held at noteworthy institutions such as Yale
University, Yeshiva University, Pace University, Berkeley College, and
organizations such as the American Immigration Lawyers Association and numerous
bar Associations.

To arrange a seminar or workshop for your company, please
contact michael@wildeslaw.com.  The lecture can be tailored to meet the
specific needs and concerns of your population. 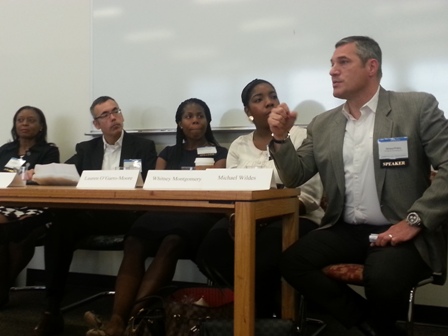 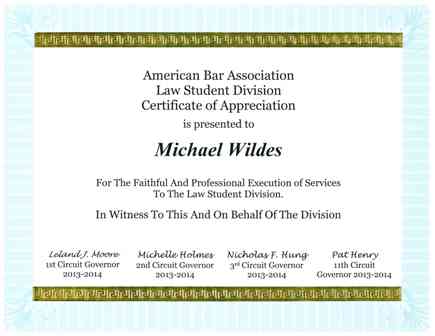